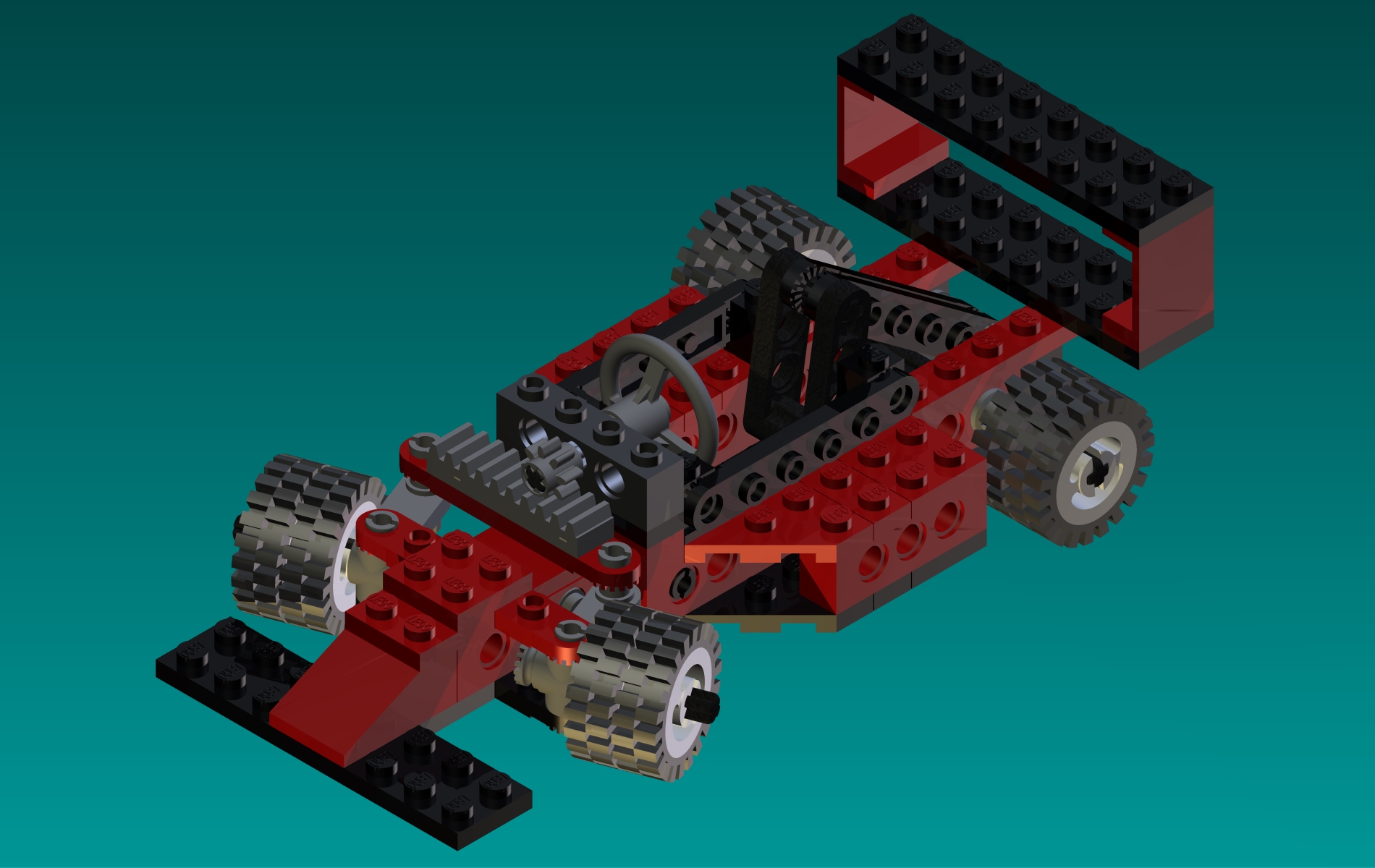 This was the first LEGO CAD model I completed. I started on the LEGO super car 8880, but realised quite quickly just what an undertaking that was. There are so many different pieces to draw that I was getting no where fast. I decided to draw some smaller models first. That was when I got onto larger ones I would have less components to draw allowing me to concentrate on assembly.

I started on this F1 racer. The same kit also makes a buggy so after I finished the F1 car I also assembled the buggy. The components involved are the same so it only required assembly to create the second car. 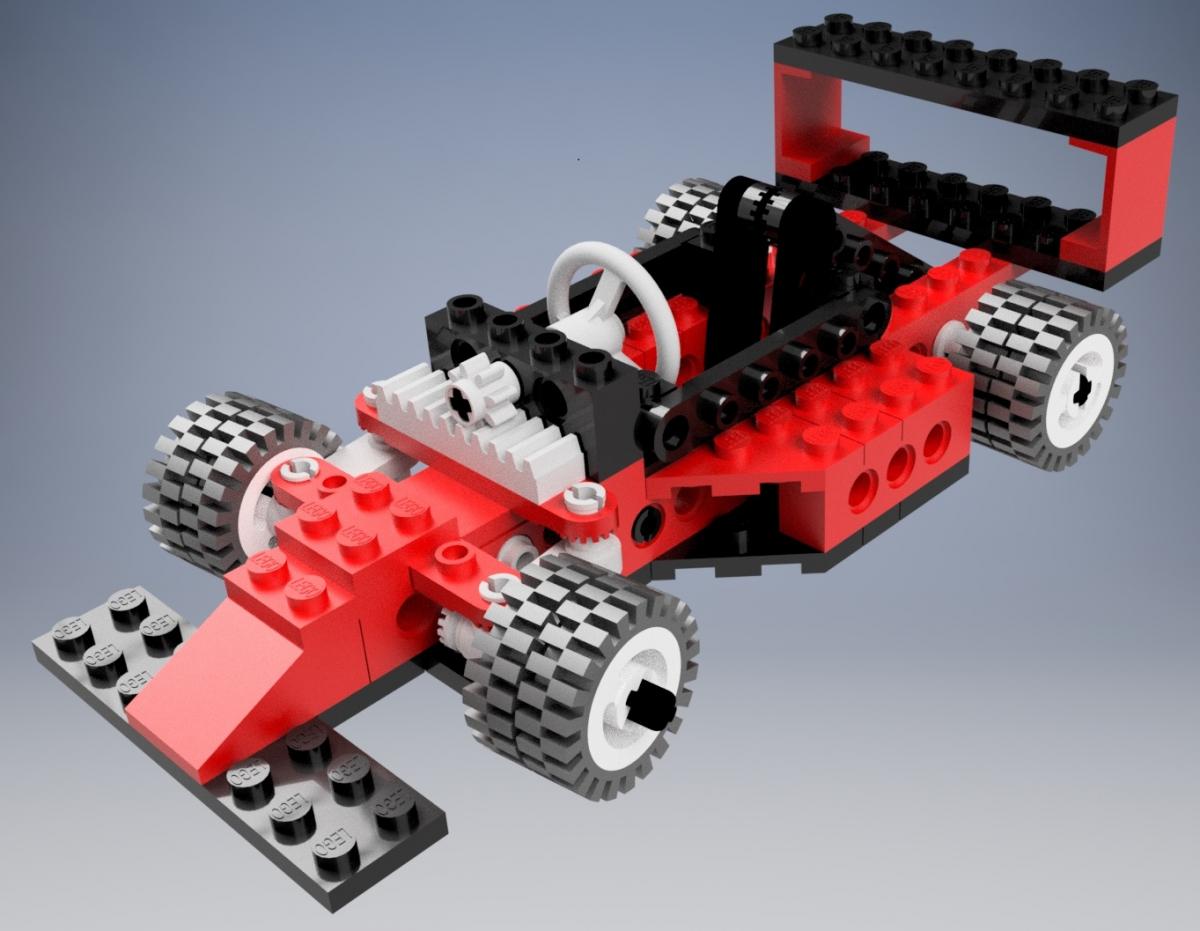 The components I am using are table driven. I have used them previously as a lesson on generating intelligent components. The parameters in the parts contain a number of units length and width as well as switches determining, height, whether it was a technic or standard piece, and whether it was flat topped.

I did have to re-save the file for each component and change the colour, but the for almost all the bricks and plates I didn't have to do any modelling after the first one. These components are also accurate enough that if you 3D printed them they would fit the standard LEGO components. They have the same tolerances and clearances as the real things. This actually makes assembly more difficult. for example the centre distance between pieces is 4mm, but the width of a single 1x1 block is 3.8mm. This makes it impossible to assembly models face to face, it requires the centre positions are used instead.

This was created using Autodesk Inventor so if you want to take a look at how the model files have been setup then download the native files.

The can be found on GrabCAD. 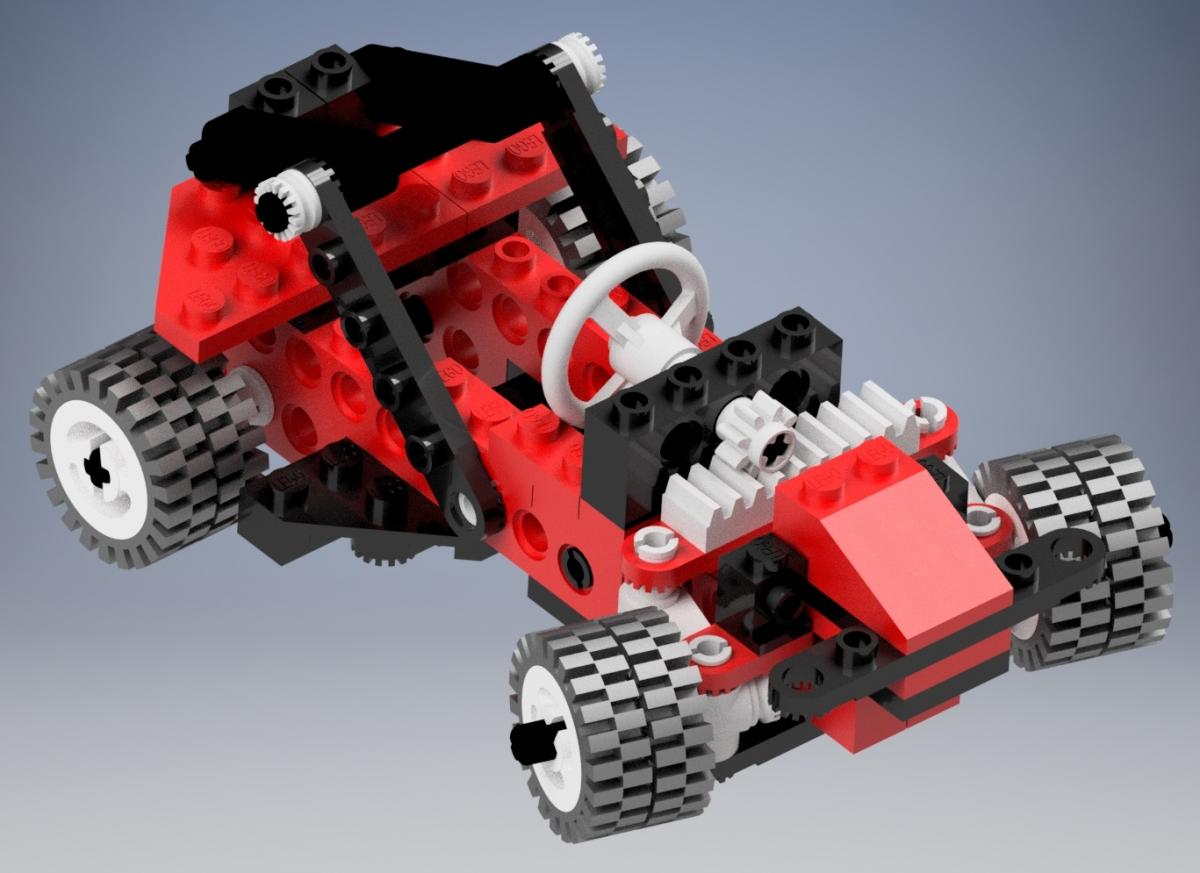